Bonn, 3 September, 2020. They are a laboratory species one does not encounter often in research – a small, inconspicuous rodent, the Ansell’s mole rat (Fukomys anselli). However, the animals feature a number of remarkable characteristics: they live in underground tunnel systems, exhibit reduced pain perception, are resistant to cancer, and, most importantly, possess a sense that to humans appears almost supernatural. Mole-rats perceive the Earth’s magnetic field. As a nearly blind, subterranean species, they use this exotic sense to dig mile-long tunnels below the Zambian savannah, where they spend their entire lives in complete darkness.

But how exactly does this sense work? And what organ in the mole-rat body serves as their magnetic compass? These questions are at the core of Pascal Malkemper’s work at caesar and in his ERC project “NeuroMagMa” (“Neurobiology of Magnetic Orientation in Mammals”). His research group attempts a novel approach, searching for the magnetic compass on a neuronal level. “We will employ a set of neurobiological tools, originally developed for rats and mice”, says Malkemper. Such tools have yielded spectacular findings in these species, for example, the discovery of “mental maps” inside the brain which encode their position and orientation in visual space. Malkemper suspects that mole-rats might have adapted similar neuronal circuits to the perception of magnetic fields: “We expect to find cells that encode for magnetic directions rather than for visual landmarks. In essence, we aim to describe the neuronal correlates of a mammalian magnetic compass”

Ambitious research like this is a complex and risky endeavor. Fortuitously, Malkemper’s work on the magnetic sense has now received major recognition by the European Research Council, and will be supported in the form of an “ERC Starting Grant”. Over a five year period, he will be awarded about 1.5 million € in funding for his scientific work. The ERC awards the grants annually, funding only the very best and creative researchers in Europe. The sole criterion for obtaining the grant is scientific excellence.

For Malkemper, the grant is a high honor: “This grant is among the most significant achievements in my scientific career. It endows me with intellectual freedom and the means to perform many exciting experiments of which I had dreamed of for quite a long time.” Beyond this, it will improve the capabilities of his work enormously: “The ERC grant allows me to recruit more specialists, to build the interdisciplinary team and perform the high-risk, high-gain experiments that it takes to tackle the long-sought question of how the magnetic sense works”

On research center caesar
caesar is a neuroethology institute associated with the Max Planck Society and located in Bonn. The institute studies how the collective activity of the vast numbers of interconnected neurons in the brain gives rise to the plethora of animal behaviors. Our research spans a large range of scales from the nano-scale imaging of brain circuitry, to large-scale functional imaging of brain circuitry during behavior, to the quantification of natural animal behaviors.

Photos can be downloaded in full resolution using "Save as..." 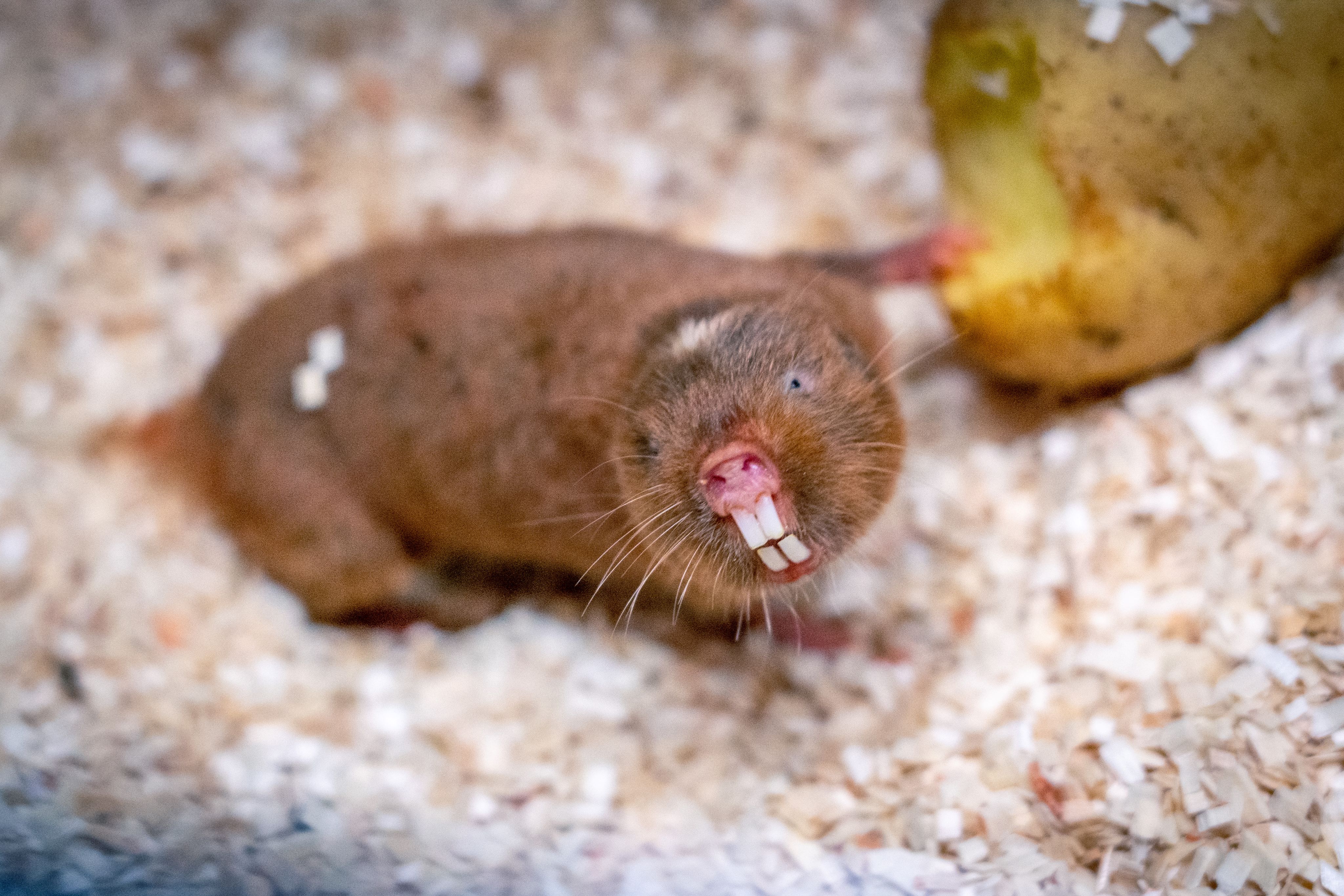 Ansell's mole rats perceive the Earth’s magnetic field. As a nearly blind, subterranean species, they use this exotic sense to dig mile-long tunnels below the Zambian savannah. 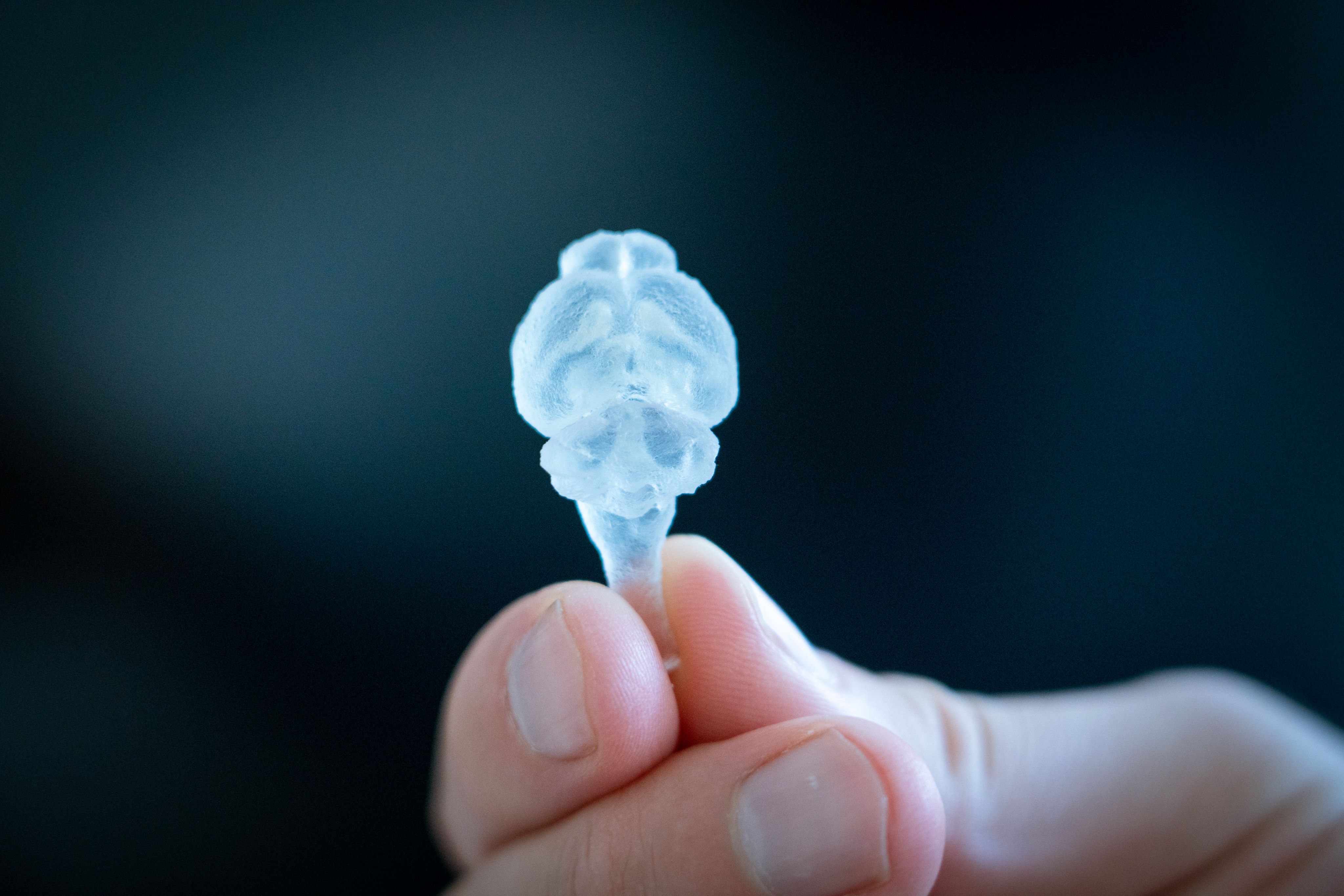 A 3D printed model of a mole rat brain.

Dr. Pascal Malkemper was awarded a prestigious ERC Starting Grant by the European Research Council, for his project on the magnetic sense in mammals.

Since January 01st 2022, the research center caesar in Bonn has become the Max Planck Institute for Neurobiology of Behavior – caesar. Scientists from more than 35 nations study how the collective activity of vast numbers of neurons gives rise to the variety of animal behaviors across many species. They are now part of a large network that offers not only new scientific infrastructures, exchange and collaborations, but also a wide range of training and career opportunities. “Bringing the institute into the Max Planck family is an exciting time for us” agree the two directors Jason Kerr and Kevin Briggman.

How does a mouse use its eyes to accurately target and catch a fleeing cricket? Researchers at caesar developed a new method to reconstruct the ‘view through the eyes’ of an animal as it detects and tracks its prey.

On a quest for a magnetic compass