Bonn, 03.06.2020. For aquatic animals, reproduction is an enormous challenge. Egg and sperm are released into the water, where sperm navigate to and eventually fuse with the egg to form a new organism. The fertilization of marine invertebrates, especially sea urchin, is well known. Several key proteins, in particular ion channels and transporters, have been identified that control the swimming behavior of sperm. By contrast, very little is known about the fertilization of fish. Fish live in fresh- and seawater, and their sperm are – depending on their habitat – exposed to completely different conditions. Would it be conceivable that the swimming behavior of sperm in both environments are controlled by the same mechanism?

The problem: locomotion by the sperm’s flagellum depends on the activity of ion channels. Freshwater contains hardly any ions, and some ionic concentration gradients across the cell membrane are even reversed. Such a milieu of low salinity has far-reaching repercussions for ion channels – and therefore the sperm that depend on it for movement.

How can sperm in freshwater still manage to navigate? Two graduate students, Lea Wobig and Thérèse Wolfenstetter, from Prof. Kaupp’s research group, answered this question in a new report. For their work, they examined the sperm of zebrafish. The scientists hypothesized that sperm of freshwater organisms must utilize specifically adapted ion channels. The result of their study appeared on May 28th, 2020, in the renowned Proceedings of the National Academy of Sciences (1).

HCN-like pacemaker channels control the locomotion of sperm in freshwater

Sperm, like nerve cells, can be electrically excited. Voltage-gated ion channels, which open or close to changes in voltage across the membrane, are key to electrical excitability: they conduct ions into and out of cells. Figure 2 (left) illustrates the basic architecture of a voltage-gated channel; four subunits co-assemble to form a central pore domain (magenta), or PD, that allows the passage of ions. The peripheral domains are called “voltage-sensing domains” (blue), or VSDs; charged amino acids in this domain sense the membrane voltage and move accordingly. The conformational rearrangement of the channel opens or closes the ionic pathway through the channel.

In zebrafish sperm, the researchers discovered a novel class of voltage-gated ion channels, called HCN-like channels. At first glance, they seem to be quite familiar to scientists, because these channels are cousins of a well-known relative, the pacemaker channel of brain and heart. Pacemaker channels are activated when the membrane voltage becomes more negative and they carry a mixed Na+/K+ current (Figure 2, right) that depolarizes the membrane. In concert with other channels, they allow cells generating rhythmic electrical activity, hence the word pacemaker. The best-known example are cells in the sinoatrial of the heart. Pacemaker channels also control the rhythmic beat of the flagellum of sea urchin sperm.

A closer look in zebrafish sperm unveiled a number of striking features that make the HCN-like 1 channel unique. First, the ‘classic’ pore does not conduct ions. Instead, ions pass the channel via the voltage-sensing domain (Figure 2, right). The researchers identified within the fourth transmembrane segment (S4) of the VSD the amino acid methionine that helps to get ions across the membrane. Second, the current is exclusively carried by protons. Protons are special, they are only present in tiny amounts in aqueous solutions. Proton-selective channels are specialized to select protons that are 104-105 fold more abundant. The newly discovered HCN-like 1 channel is no exception: it prefers protons over other ions by 3 millionfold. The limits of other HCN channels, which would not work in freshwater due to the low ion count, are smartly circumvented by HCN-like 1 channels. The reversed ion gradient is sidestepped by closing the “classic pore”. Instead, an ion pathway for protons is created, which assume the function of the other ions. The researchers propose that it counteracts an alkaline-activated K+ channel that has previously been identified in zebrafish sperm (2). Thereby, the channel prevents that the membrane voltage becomes too negative when sperm are released into freshwater. Thus, HCN-like1 has preserved the function of the related channel in sea urchin sperm. The HCN-like subfamily exists in a number of fish species, and preliminary evidence suggests that one isoform may be present in hair cells of the auditory and lateral line systems (3). It will be interesting to follow where the research on this new channel family is heading.

caesar is a neuroethology institute associated with the Max Planck Society, located in Bonn. The institute studies how the collective activity of the vast numbers of interconnected neurons in the brain gives rise to the plethora of animal behaviors. Our research spans a large range of scales from the nano-scale imaging of brain circuitry, to large-scale functional imaging of brain circuitry during behavior, to the quantification of natural animal behaviors. 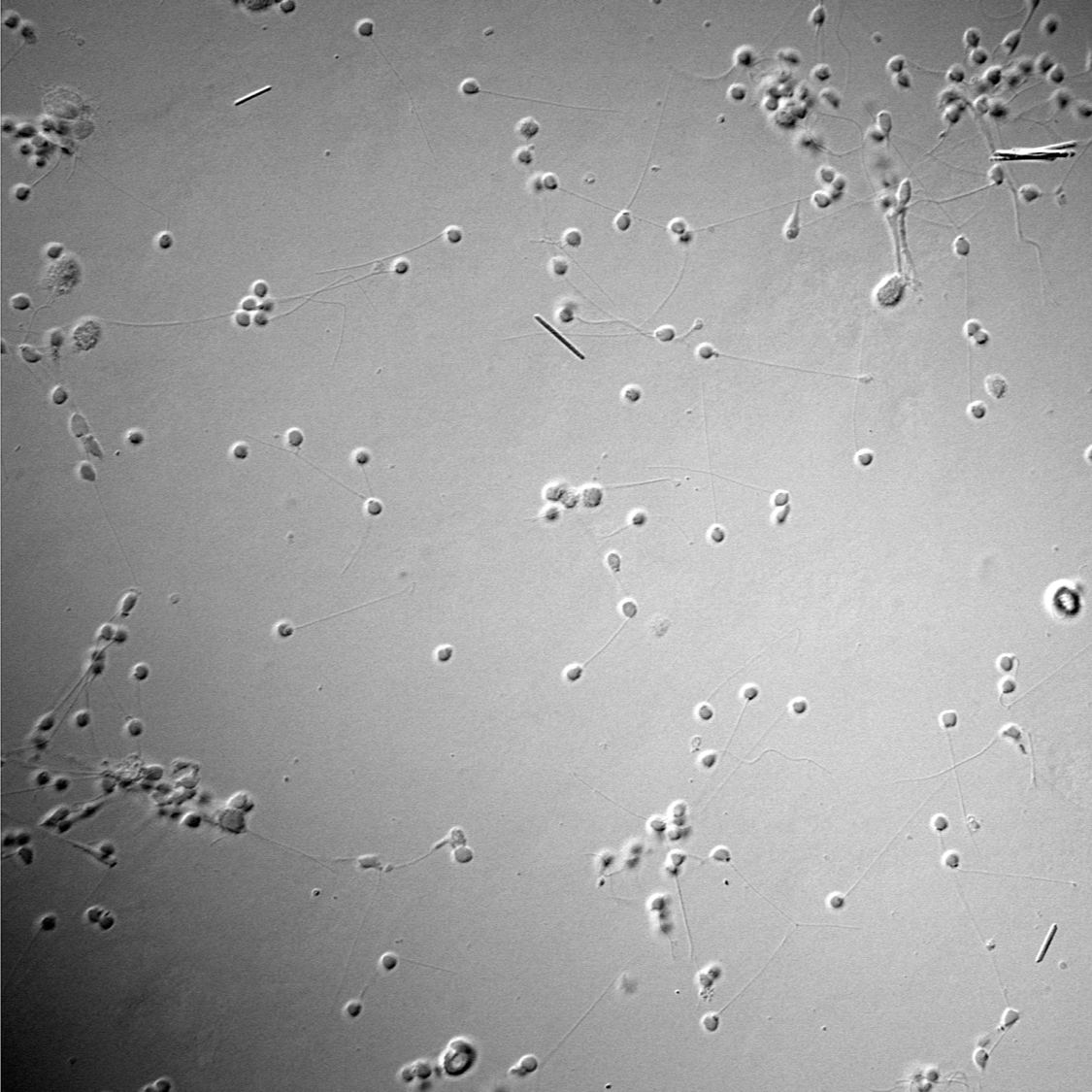 Since January 01st 2022, the research center caesar in Bonn has become the Max Planck Institute for Neurobiology of Behavior – caesar. Scientists from more than 35 nations study how the collective activity of vast numbers of neurons gives rise to the variety of animal behaviors across many species. They are now part of a large network that offers not only new scientific infrastructures, exchange and collaborations, but also a wide range of training and career opportunities. “Bringing the institute into the Max Planck family is an exciting time for us” agree the two directors Jason Kerr and Kevin Briggman.

How does a mouse use its eyes to accurately target and catch a fleeing cricket? Researchers at caesar developed a new method to reconstruct the ‘view through the eyes’ of an animal as it detects and tracks its prey.